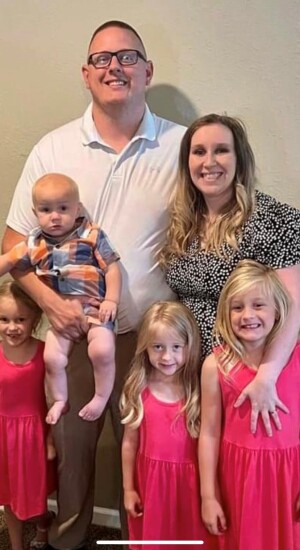 Andrew graduated from Kirksville High School in 2008.  He then attended Linn Tech for Heavy Equipment Operations until pursuing his true passion where he graduated from the Missouri Sheriff's Association Academy obtaining his Class A Peace Officer certificate.  He married the love of his life, Katlyn Marie Johnson on October 15, 2011 and to this union four children were born.  Andrew began his career in law enforcement at the La Plata Police Department.  He and Kate later moved to Rolla, MO where he went to work for the Rolla Police Department, was a Corporal and a member of the SWAT Team.  On the side, Andrew also had his own power washing business called "Show Me Curb Appeal."  He was a member of the Fraternal Order of Police, Masonic Lodge and El Kadir Shrine Club in Kirksville, MO.  He had accepted the Lord as his Lord and Savior at an early age at Fellowship Baptist Church in Kirksville, and began attending Greentree Church when he moved to Rolla.  Andrew was an outdoorsman that loved to hunt, fish, ride four-wheelers and grill/smoke meat.  He had a heart for helping others and a presence that lit up any room he was in.  He loved to make people smile, to joke around and to grill or smoke meat and have get-togethers.  He enjoyed going to auctions and collecting bench vises and anvils.  Most of all, Andrew loved his family, especially his kids and wife.  He was a devoted husband, father, son, brother and friend.

He was preceded in death by his grandfathers Elmer Bragg and Donald Wachter; grandmother Judy Tombleson; special uncle Darren Henrichs.

All arrangements under the direction of Hutson Funeral Home, Cuba, MO.

To send flowers to the family, please visit our floral store.