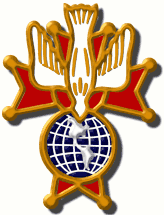 Robert graduated from McCluer High School in Ferguson, MO.  He then went to trade school where he obtained his CNA degree.  He married Teresa Lynn Husky and to this union 4 children were born. He later married Penney “Sue” Hayes Walker on September 22, 2012.  He worked as a union drywaller for many years, then worked as a CNA in Cuba and St. James until his health began to fail. Robert was a 4th degree Knight with the Knights of Columbus.  He had a huge heart and some might say a short temper. He liked to be gruff, but his family knew he was a big teddy bear and they weren’t afraid of him.  Robert was the world’s best debater.  He loved to eat, especially sweets.  He liked to fix things around the house.  He loved the outdoors, painting houses, hunting and fishing.  Most of all, Robert loved his family.  He was an amazing husband, father, grandfather and friend who will be dearly missed.

He was preceded in death by his parents Robert Sr. and Mary Lou Reckerd; father-in-law Jimmy Hayes and son-in-law Mathew Smith.

Visitation was from 10:00 am to 11:00 am on Saturday, October 3, 2020 at Holy Cross Catholic Church. Funeral Service immediately followed with Father Dan Lueckenotte officiating.  The family chose cremation as his final disposition.  Memorials were suggested to the family to help with final expenses.

All arrangements under the direction of Hutson Funeral Home, Cuba, MO.

To send flowers to the family or plant a tree in memory of Robert Newell Reckerd, Jr., please visit our floral store.